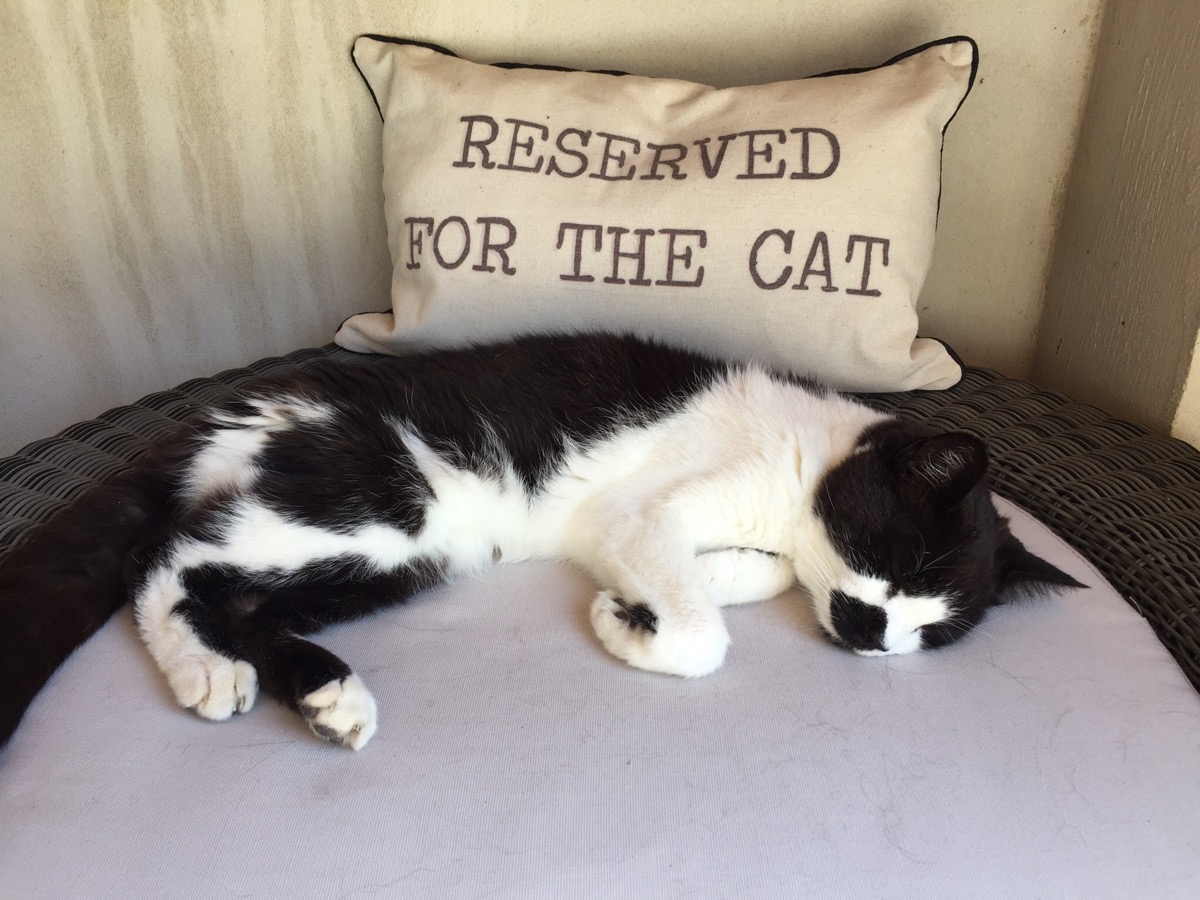 It’s the 30th September and our final changeover weekend of this years season in our gites.

I’m conscious my blog hasn’t been updated recently or as frequently as in the past however with so much social media to cover its hard finding time to cover every angle! Facebook, Instagram and twitter demand regular updates and then there’s  keeping our booking calendars up todate together with the associated booking correspondence – so if your looking for posts my apologies.

One very important event has just occurred which deserves an update though and that is the passing of Splodge. He has been poorly this last few months but kept going until the bitter end , as one would expect he spent his last evening dividing his time between a bbq in Les Oliviers and supper at Cerisiers!  He really has been part of our operation and has won the hearts of many of our guests, in fact he’s mentioned in the  visitors guest book as much if not more than us! We had Splodge and his brother Matisse since they were just 6 weeks old so after 19 years together we were pretty sad, that said they both had great lives and brought us lots of happiness so we have lots of good memories to look back on.

I’ve lots of other events and experiences that I would like to share that have occurred during the season so will endeavour to bring further updates in coming weeks so look back soon …….