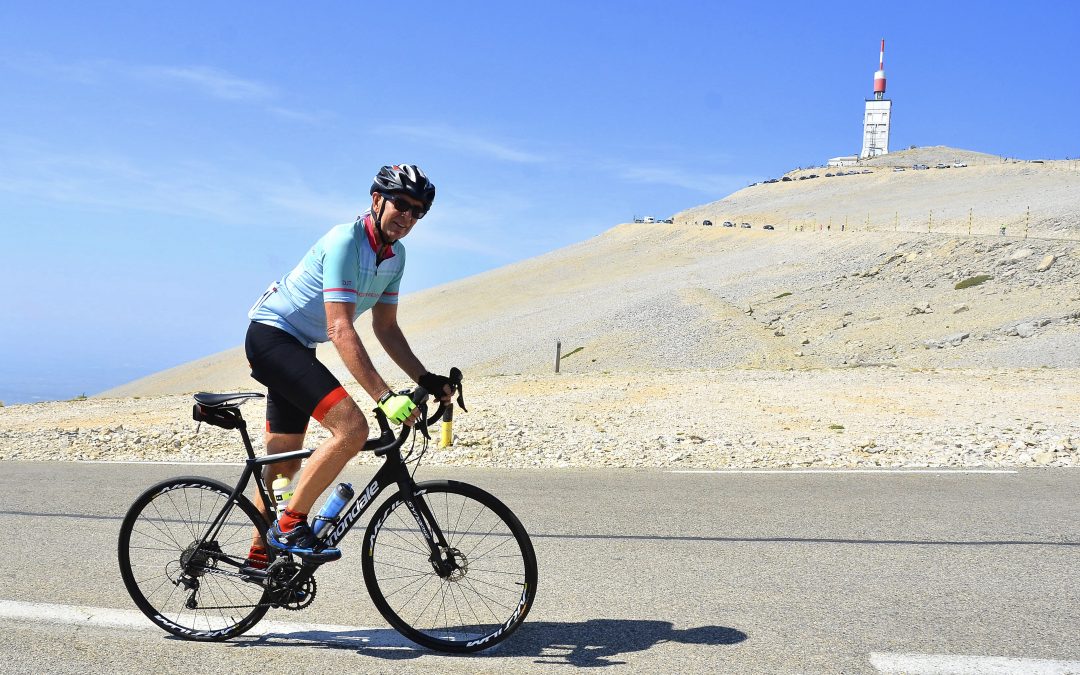 Known as the Giant of Provence, standing at 1912 metres, Le Mont Ventoux is on the bucket list of many athletes and cyclists.

The route from our house & gites takes you to the top via Sault. This is about 24 kilometres.  Leaving home at 375 metres high you will climb to around 800 in Sault before  a small descent then the first stage which is climbing to about 1450 metes at Chalet Reynard a further 24 kilometres. From here its the final 6 kilometres taking you to the summit. 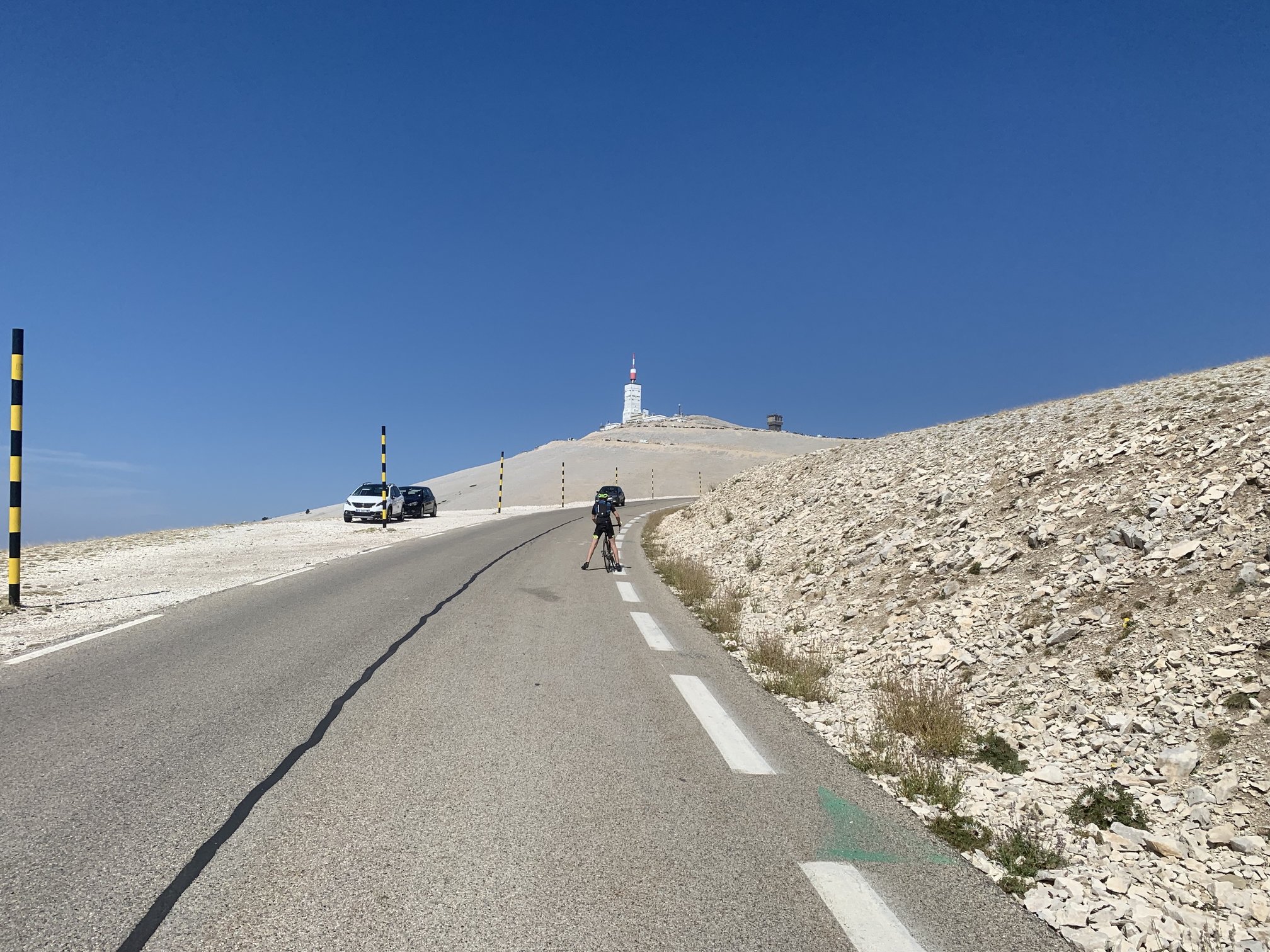 On route up, the tower beckons, not everyone will make the top! 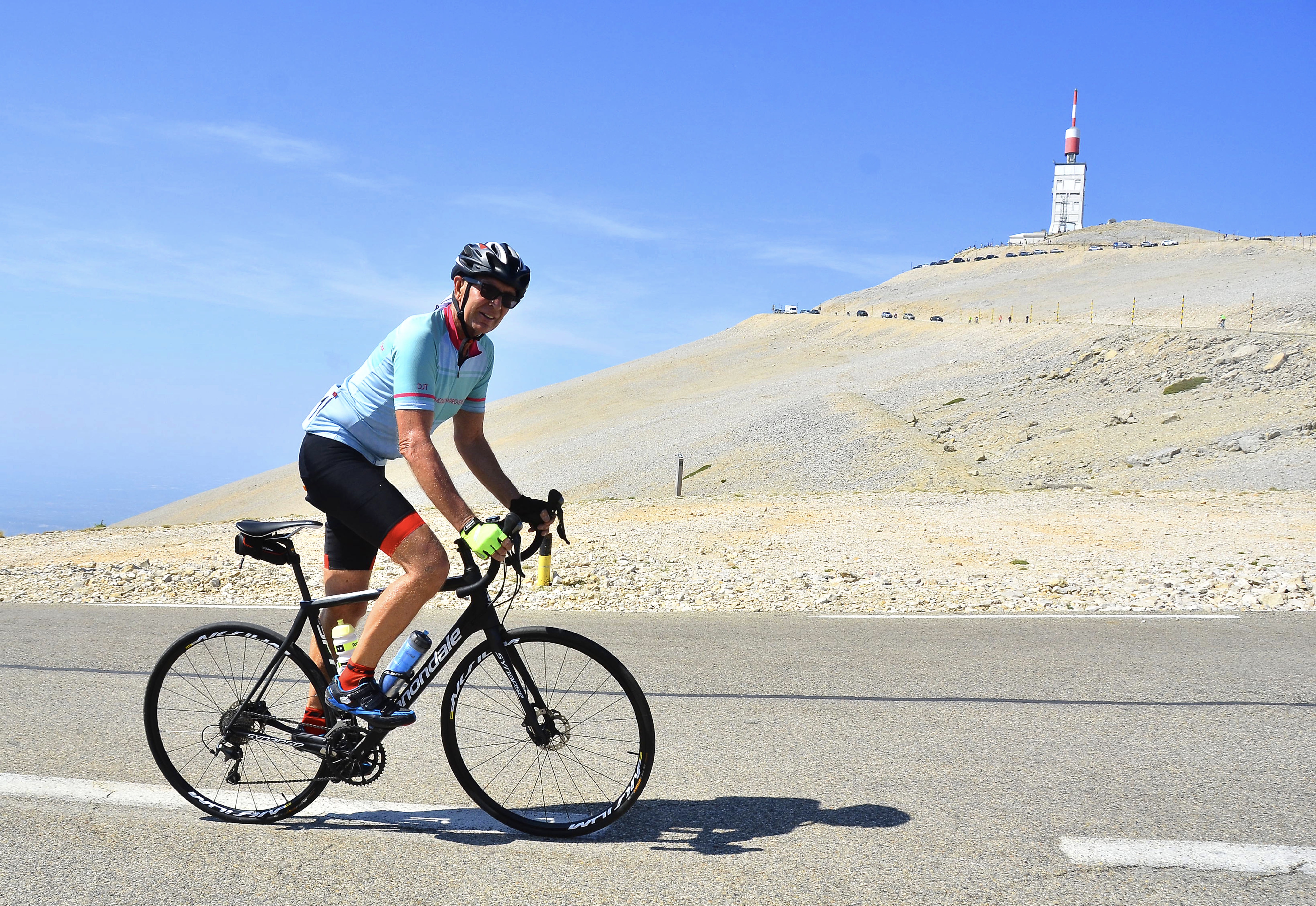 Looks are deceiving! Here I am approaching the toughest part the final 2 kilometres. 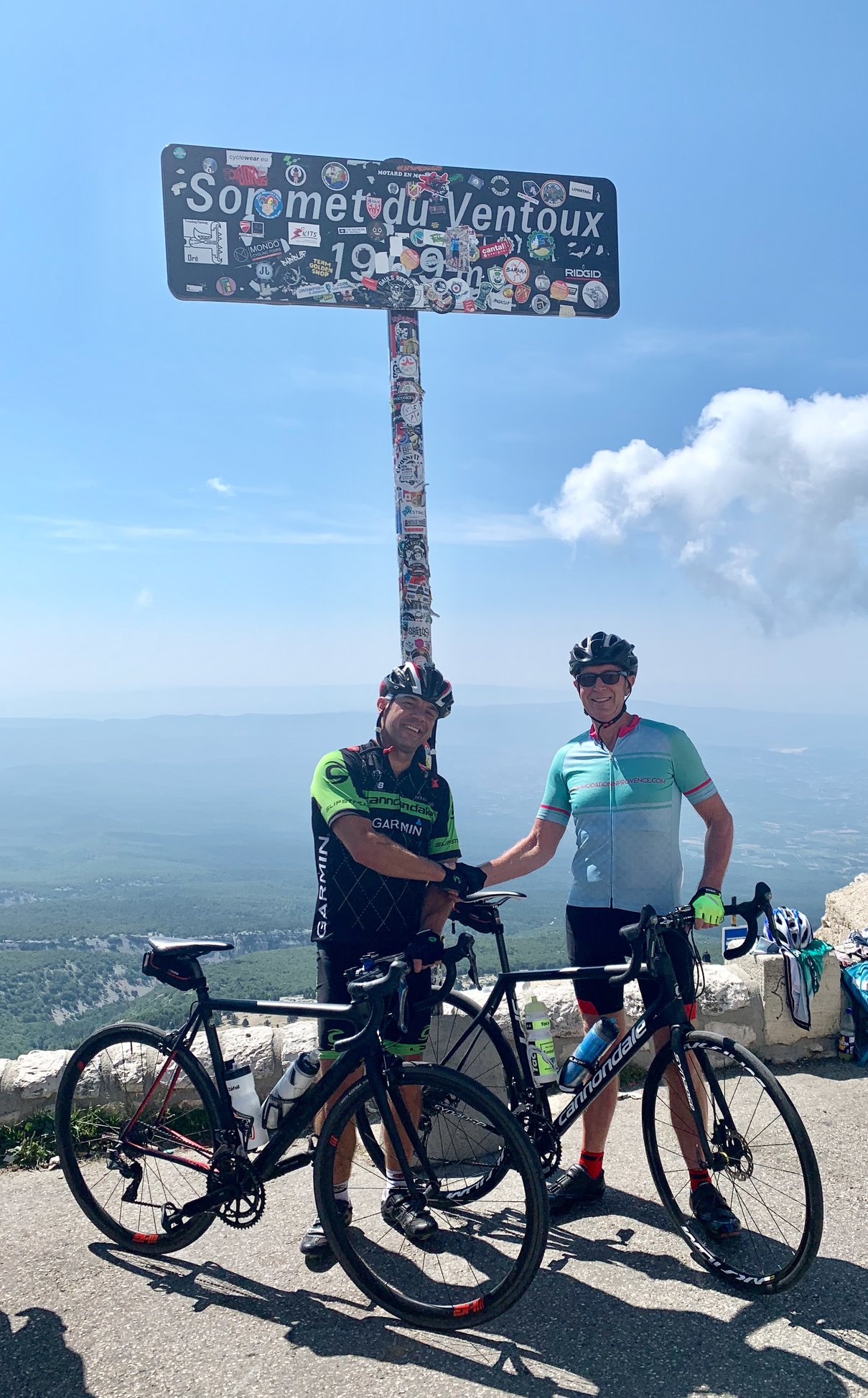 Made it – with my trusty riding friend Oleg, a former client – watch out! 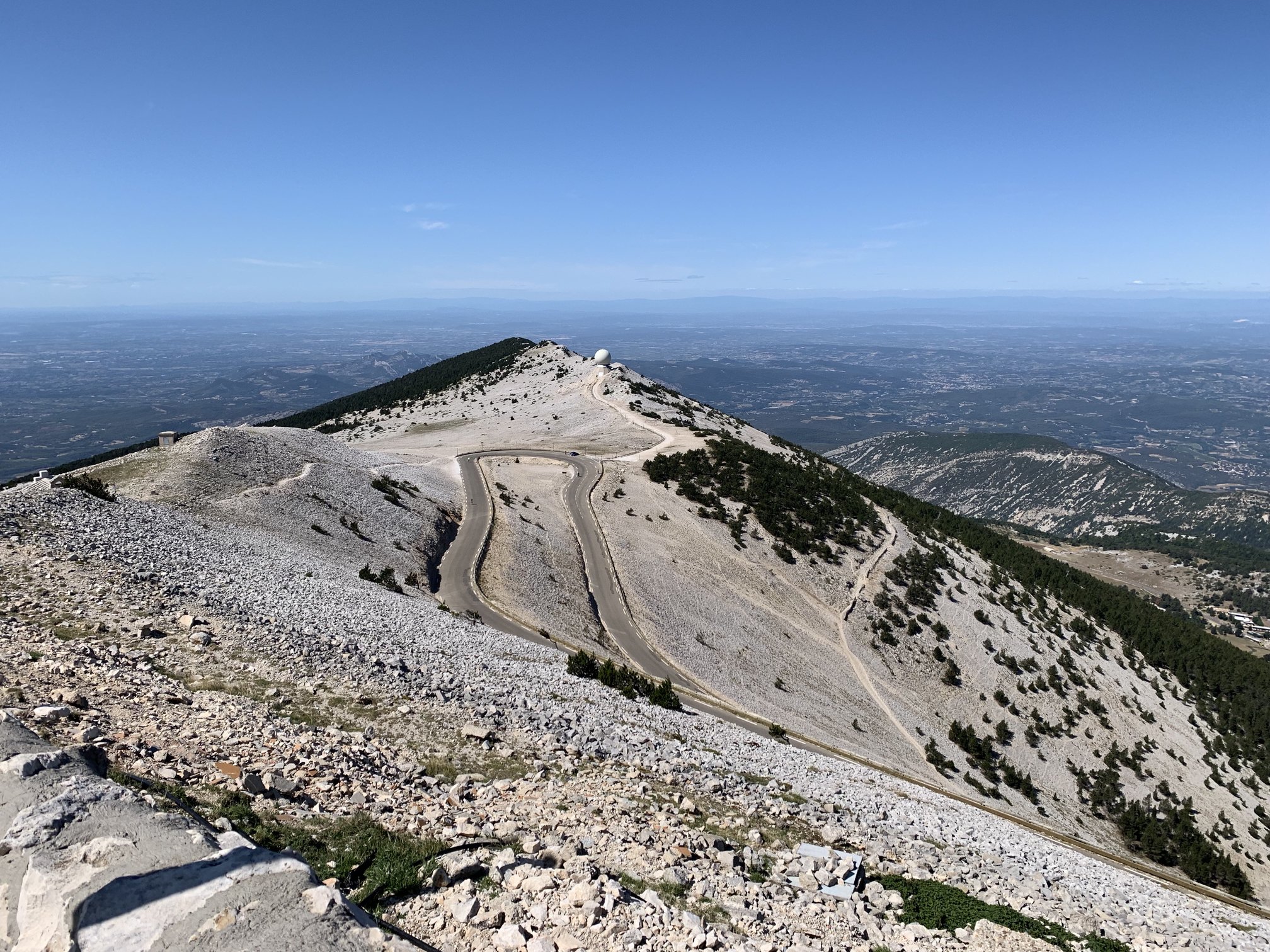 Very rewarding views at the top. 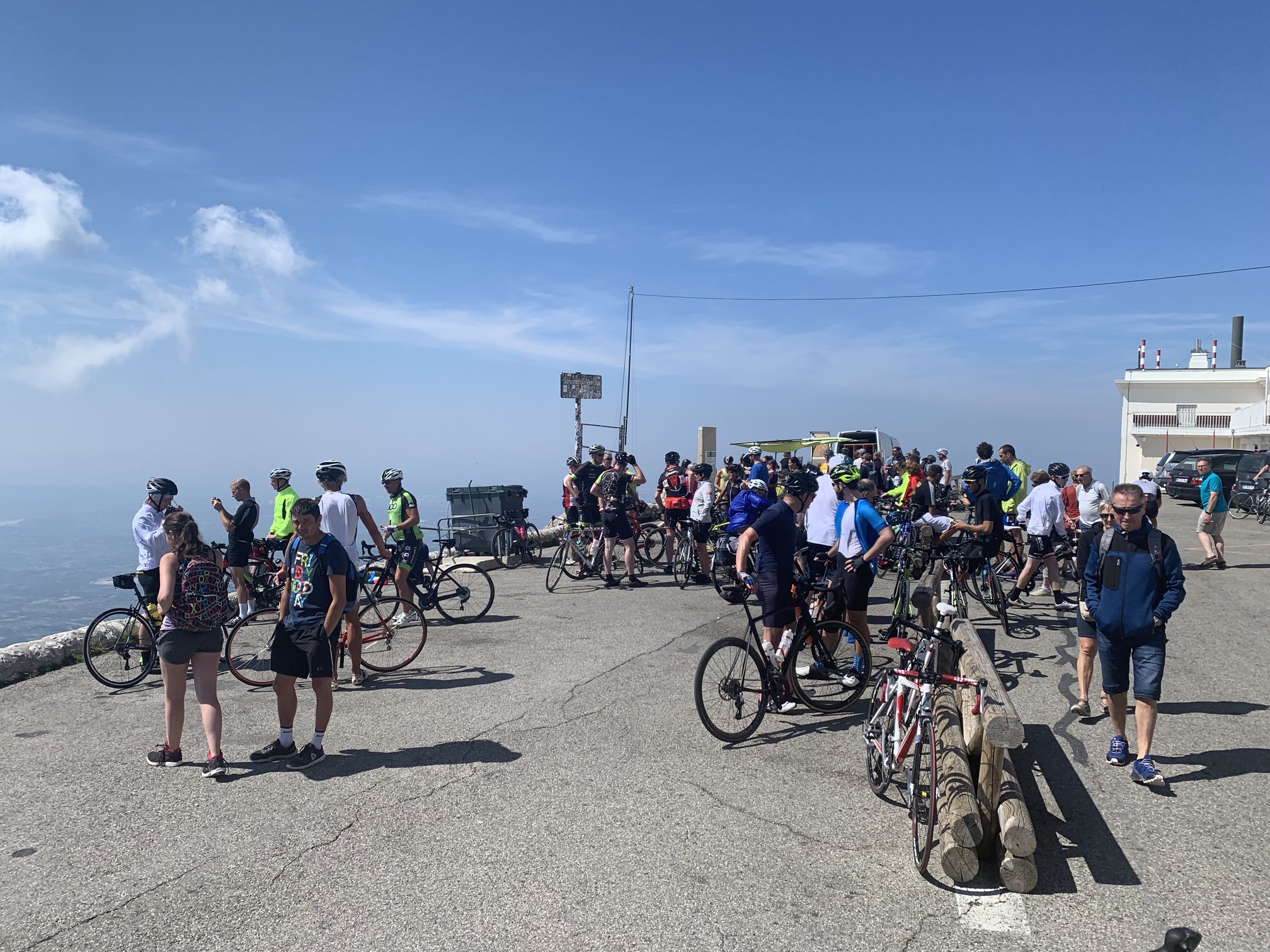 You are rarely alone at the top! This is early September – half the demand of high summer.

If you fancy the challange I am always happy to give tips and route details, maybe even join you! There are three routes up – Sault is the easiest, Malaucène on the North side is pretty hard but Bedoin which is often part of the Tour de France route the hardest.