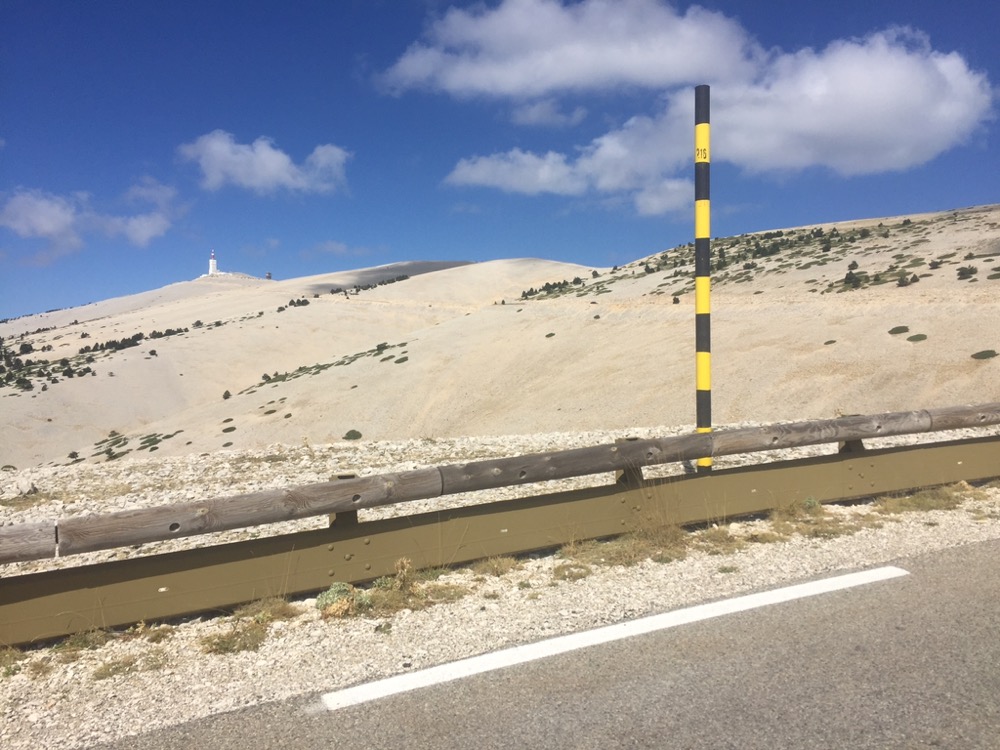 A year ago Martin Woods, pictured, stayed in one of our gites and really impressed me by his cycling efforts which included him cycling up Mont Ventoux two times including the hardest rout from Bedoin.

Over aperos I discussed whether I could take on such a challenge and have accepted it I undertook to take on Ventoux with Martin when he returned with his wife this year.
And so off we set last week, I braved the route frm home firstly going over the Col de la Liguiére which is a climb from our level of 360 metres to 998 metres. Then it’s a gentle descent to Sault, about 750 metres before climbing up Ventoux to the summit at 1911.

I am pleased to say we both did it, as did Martins daughter Amy and her boyfriend Jack who although regular cyclists had not experienced such a huge climb so chapeau to all!