The Lavender is at its best & Mont Ventoux 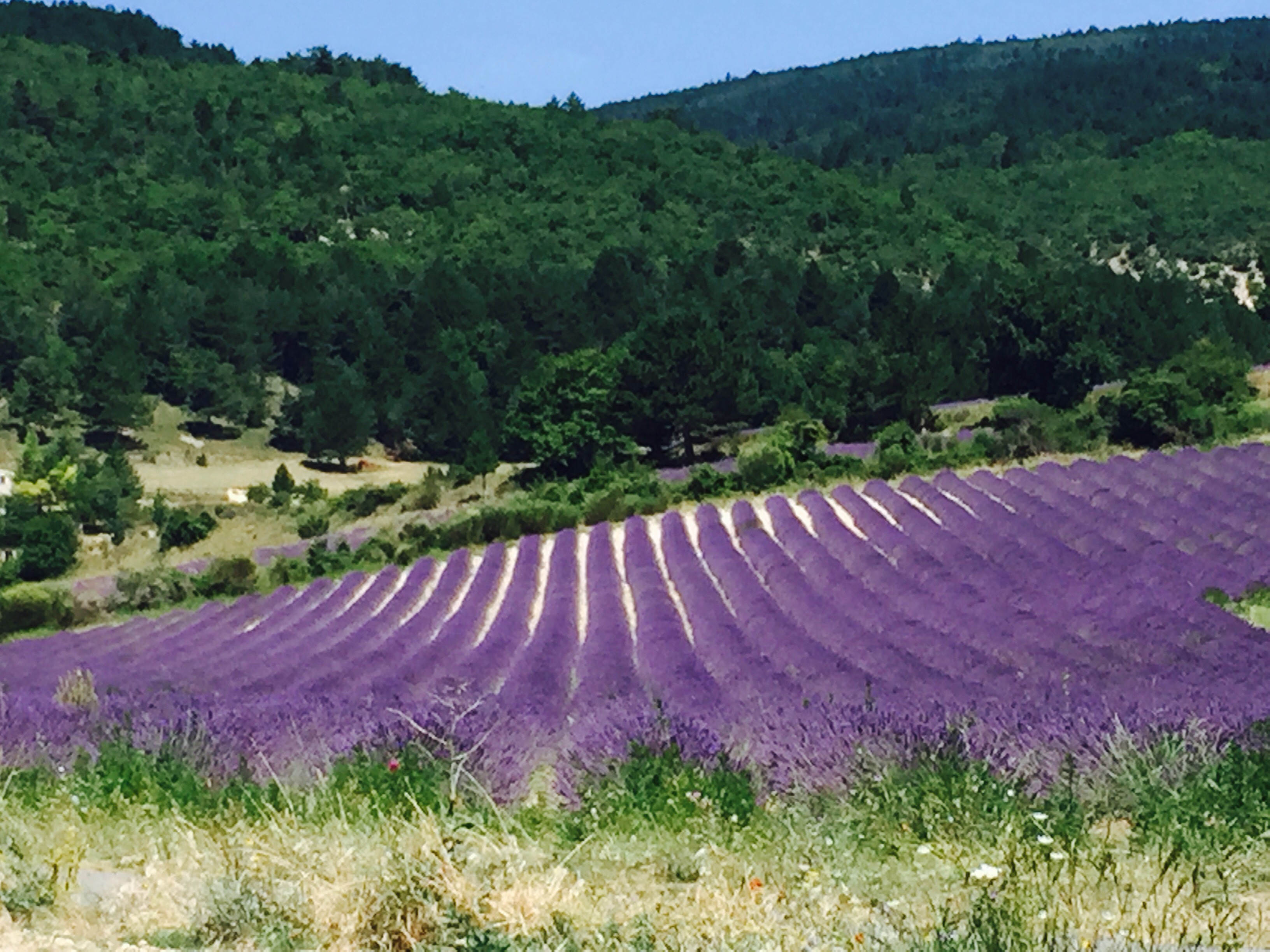 July is without doubt one of my favourite months, its reliably hot, notably this year being very settled with above average temperatures. One can breakfast outside and take lunch in the shade of the plane trees. The balmy evening temperatures are perfect too for alfresco dining under moonlit skies.

July is also synonymous with lavender. For some of the best lavender fields in the region head to Sault, take the D943 from Saint Saturnin Les Apt. Stop on route and take  in the view of the canyon  with the Luberon behind. 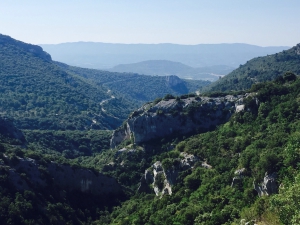 Next stop  is the valley at the foot of Mont Ventoux.  The lavender, which is at its peak now, is so colourful with different shades of purple, the humming of the bees and the shimmering  light reflecting the heat of the day under clear blue skies. 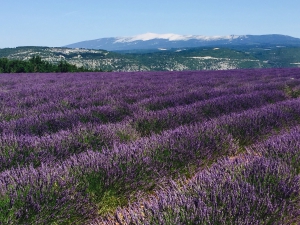 Mont Ventoux, covered in Granite stone stands 1912 metres high and is the last ski station in the Southern Alps. 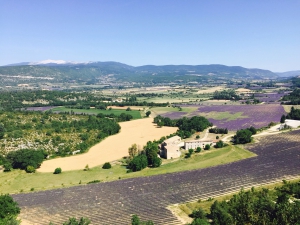 The valley is like a patchwork quilt of lavender fields. From here continue to the village of Sault, stop and take a drink and enjoy the village shops including  André Boyer’s nougat shop, which has been making nougat since 1887 in the same premises. 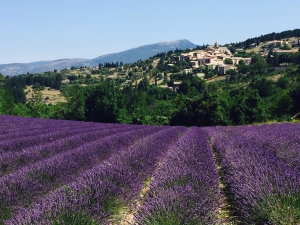 When you leave Sault, take the road to ‘Le Mont Ventoux’ as you descend follow the signs for the ‘route de lavande’. You can either park and walk or drive around (its about 5K)  There are many superb photo opportunities including the tiny village of Aurel set behind the rolling lines of lavender 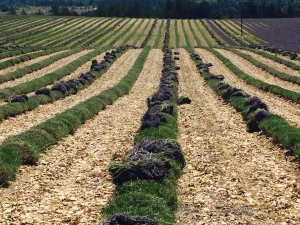 But don’t hang around as cutting has begun and will continue until the ‘fete de lavande’ on the 15th August in Sault.

From Sault you can re join the route to ascend Mont Ventoux, frequently home to one of the stages of the Tour de France. Be careful though as there are many cyclists heading up and down and they do hog the centre of the road! 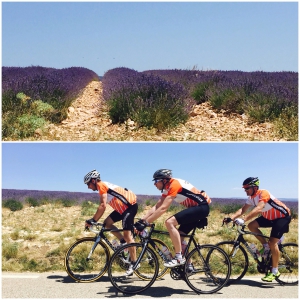 The drive up takes about 45 minutes, there are one or two look out points and another refreshment point is Chalet Reynard serving snacks and a good place to watch the cyclists going up and down.

Whilst we were there this weekend there was a rally of classic Porches gathering. 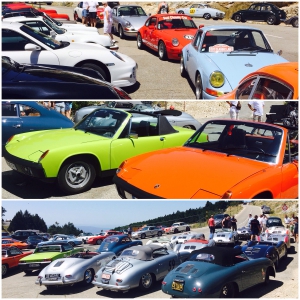 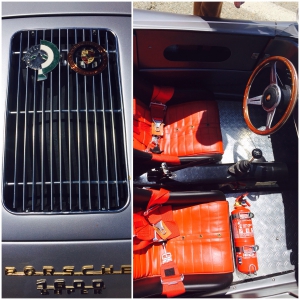 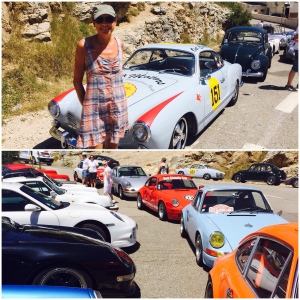 From here its quite a steep climb to the top passing the memorial to Tommy Simpson, a British cyclist who collapsed and died from had a heart attack on this very day in 1967. 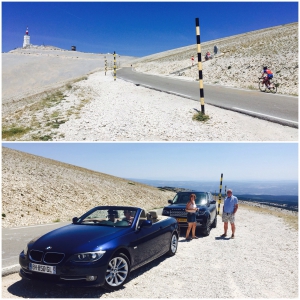 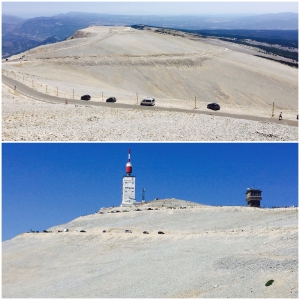 The views from the top are spectacular in all directions with the snow capped Alps in the distance and on a clear day the shimmer of the Mediterranean sea.