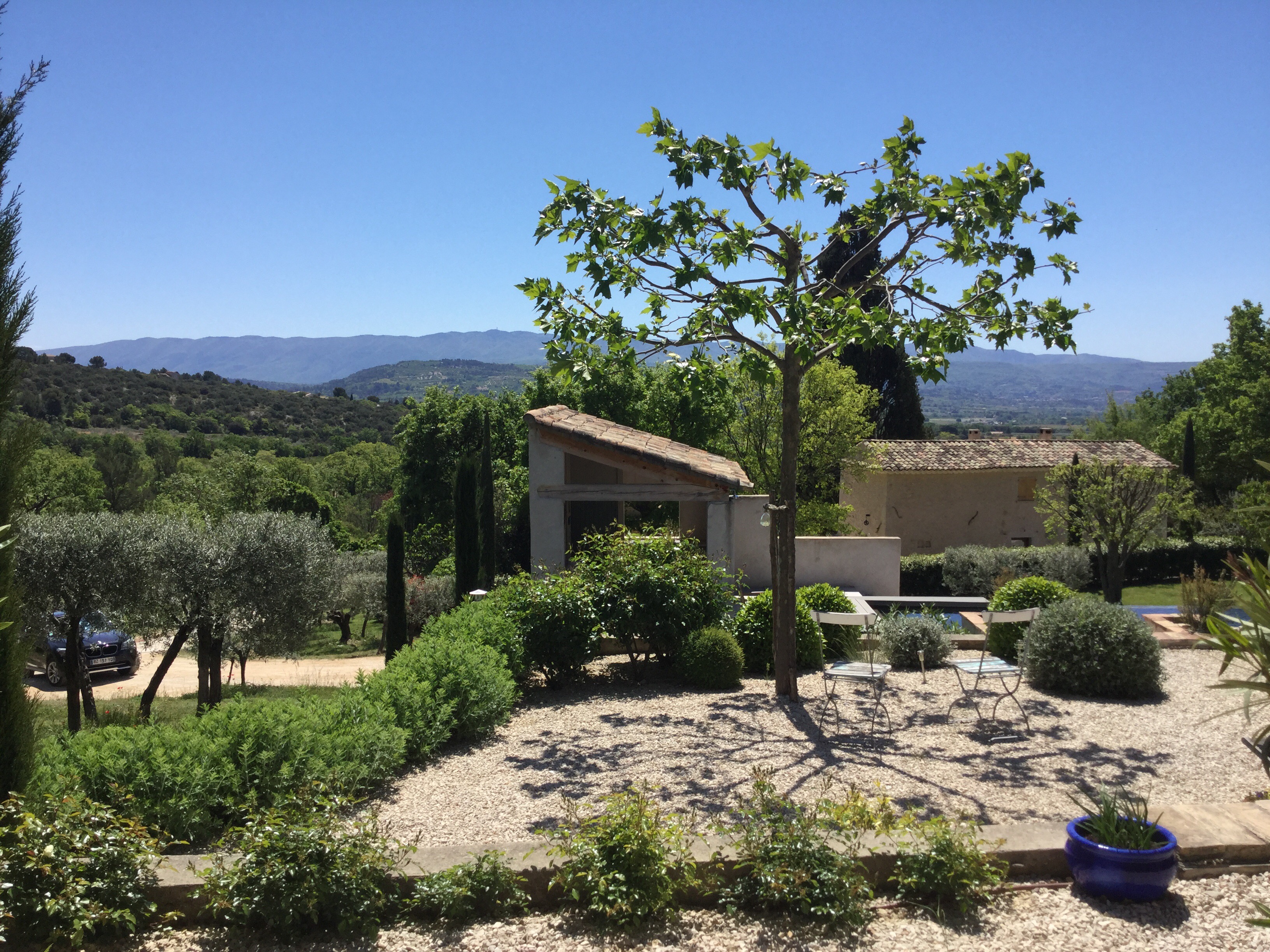 As many of our regular guests know occasionally it rains in Provence! Over time this has impacted on the condition of our entrance driveway  so in the autumn of last year we started gaining advice and estimates for the work to be carried out before the start of this years season. 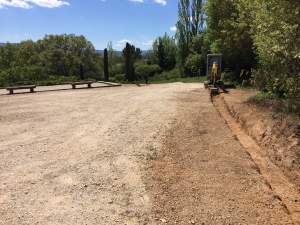 Over the last eight years we have learnt a lot about the rain fall and destruction that water can cause. We created a make shift stone filled ‘gulley’ that led us to a more substantial drain which is being installed here.

We have also added a large drain on the bend an area that frequently takes the strain of the rain! 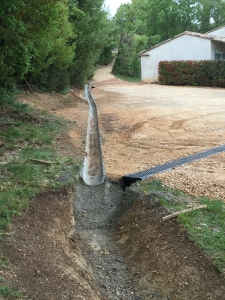 It seems to be working so far! 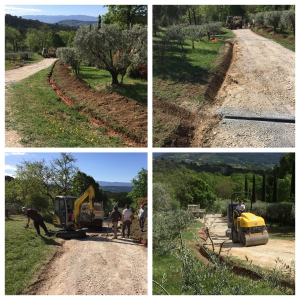 We have added some ‘Traverse en fer’  to divert the water into a deeper gully at the side of the drive.

At the entrance we will be adding  gates,  although as with life in Provence they maybe some time! It has taken several months just to extract an estimate and now having chosen a ‘Ferronnier’ who will make the gates he cannot take the measurements until the pillars are in place, they cannot be built until the concrete base is in place which currently cannot be delivered because the road has a ten ton weight limit and the lorries  are 27 tons – challenges! Watch this space! 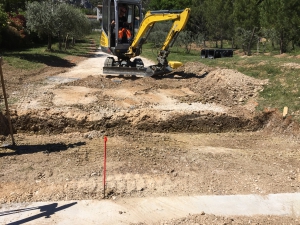 In the meantime one of the drains was put in the wrong place and surprise, surprise no one will take responsibility – so it’s being removed and reinstalled hopefully in the right place! 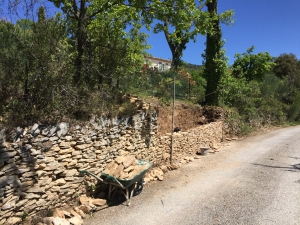 We also decided to rebuild our stone wall that was falling down due to a historic Sanglier path, what started at about 2 square metres became 8! It took a week to pull the wall apart and at this moment has taken over two weeks to rebuild.

Not leaving Le Chene out of the improvements we have planted a new hedge ‘between us and them’ to give increased privacy albeit in a year or two. 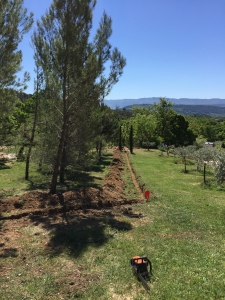 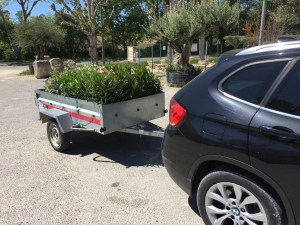 No slouching on ascension bank holiday for us – job done.

We hope you will enjoy these improvements.